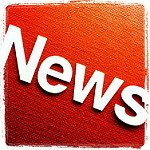 Sexually transmitted diseases (STDs) are some of the most common infections found in the United States. More than 19 million men and women are affected each year. In the United States, the overall medical costs associated with STDs are estimated to be approximately $14 billion annually. Although STDs are more… Read more“STD’s Are Still Prevalent Among Teens and Young Adults”