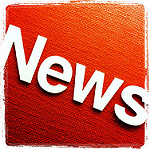 Sexually transmitted diseases (STDs) are some of the most common infections found in the United States. More than 19 million men and women are affected each year. In the United States, the overall medical costs associated with STDs are estimated to be approximately $14 billion annually.

Although STDs are more prevalent among people aged 15-24 years, they affect persons from all backgrounds. Some STDs significantly affect certain minority populations, such as gonorrhea that affects African Americans 18 times more than it does whites.  Also, women tend to have more severe health consequences from infection with STDs.

Women often do not show symptoms of STDs; however, they can be at greater risk for major complications. When symptoms develop, they can be confused with other diseases that are not transmitted through sexual contact. Unfortunately, the diseases can still be transmitted to a sex partner even though there are no symptoms. Many STDs can be treated effectively when diagnosed early. Knowledge through education is key to preventing infection with STDs. There are prevention methods that, when used correctly, can reduce the incidence of these diseases and the complications associated with them.